The Central Coast Paralegal Association recently held elections for its 2018 Board of Directors.

The new Board Members are:

The new Board of Directors will take office at a joint meeting of the 2017 and 2018 Boards on Saturday, January 13, 2018. The Central Coast Paralegal Association extends its appreciation to all those who served in 2017 and to those who agreed to serve in 2018. 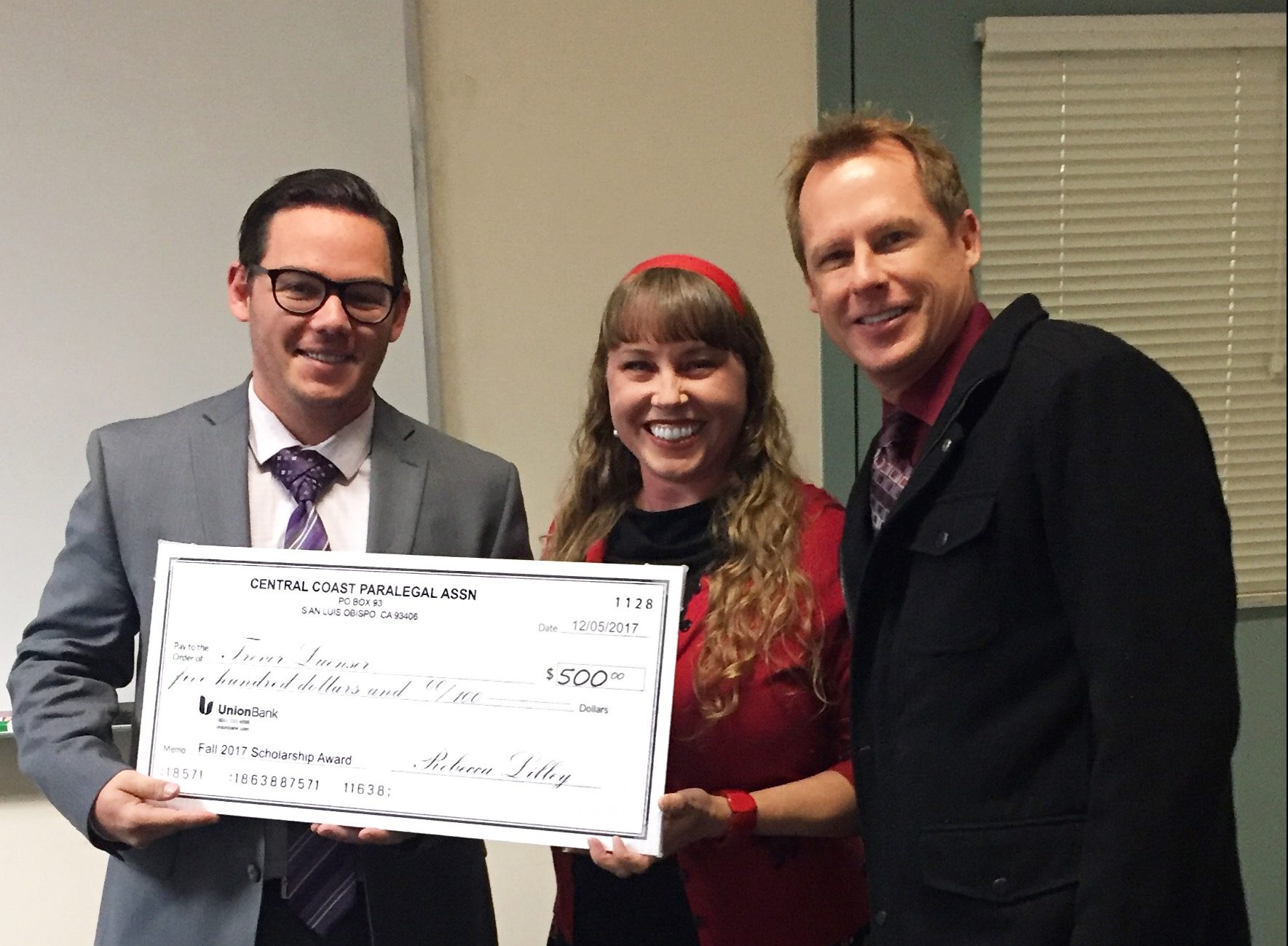 The students were informed about the many ways CCPA promotes and advances the paralegal profession here on the Central Coast and were provided the date and details for the next program on trial preparation in February as well as applications and scholarship information for the next scholarship award deadline of April 1.

A lot of interest was shown by the number of questions on various topics such as educational requirements, the California Alliance of Paralegal’s upcoming California Certified Paralegal test, differences between certification and certificated paralegals, just to name a few.

Thank you to instructor and attorney Janet Wallace for allowing CCPA to make this presentation during her evening course.

The Scholarship Policy and Application can be found on the scholarship page for Cuesta College as well as on the CCPA website under forms: http://ccpaslo.org/. 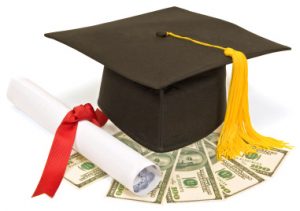 The Central Coast Paralegal Association (CCPA) is offering a scholarship of up to $500 to a deserving paralegal student or a paralegal who is studying for certification. The application deadline is October 1st.

CCPA has increased the award and streamlined the application requirements, so the process is even easier. Applicants are not required to submit a formal essay, but should submit a few short paragraphs about the applicant’s career goals and why the applicant wants to become a paralegal. Complete details are listed in the CCPA Scholarship Policy. 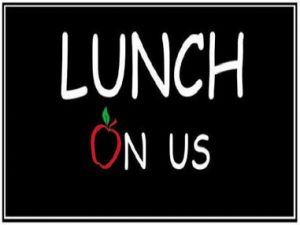 CCPA is offering graduates of the Cuesta College paralegal program one free registration to one of CCPA’s regular mandatory continuing legal education (MCLE) luncheons, good for one year from the student’s graduation month. The registration includes the educational program and lunch. Interested students should contact CCPA to obtain information about upcoming programs, to reserve a spot at a program of his or her choice, or with any questions.

One of the ways CCPA achieves its goal of promoting and supporting the paralegal profession is by offering continuing education opportunities to its membership and to the community. The programs allow attorneys and paralegals the opportunity to receive credits towards required mandatory continuing education. CCPA also puts on an annual conference. This year’s Paralegal Symposium will take place on Saturday, October 21st. Attendees can earn up to four MCLE credits, including three ethics credits.

Under Business and Professions Code 6450, paralegals must earn four units of general MCLE credit and four units of ethics credits every two years. 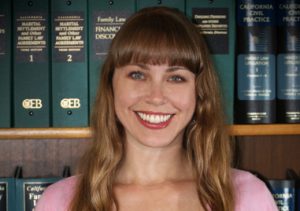 In April, the CCPA selected Nicole Johnson as its Paralegal of the Year for 2017 and designated her as its candidate for the statewide Paralegal of the Year award presented annually by the California Alliance of Paralegal Associations (CAPA). Each of the paralegal association members of CAPA nominate a candidate to be considered for the statewide award. Winners will be announced at CAPA’s annual education conference on June 24th in Visalia, California.

Nicole Johnson is currently serving her second term on the CCPA’s Board of Directors as its President and Program Director (2016-2017) and previously served as Vice President/ Membership Chair (2014) and Co-Program Director (2015). Nicole has worked diligently to keep the CCPA running smoothly while also organizing informative MCLE programs on relevant issues to benefit its members.

Nicole’s legal career began at the Intellectual Property firm Knobbe, Martens, Olson & Bear LLP in its San Luis Obispo office and, subsequently, as a Case Manager Assistant at McKiernan Lawyers. In June 2008, Nicole joined Wendt & Abel, APLC as a receptionist; she quickly learned to navigate the practice areas of Family Law and Estate Planning and has been the firm’s Paralegal and Office Manager since late 2008. Due to her ongoing commitment to continuing education to develop her skills and knowledge, as well as her excellent work ethic, Nicole is an invaluable asset to her employer and the clients for whom she works on a daily basis. Attorney Greg Abel offers the following personal input:

“Nicole has been invaluable to me since she joined our firm in 2008. As my working partner in all but name I have come to rely on her attentiveness to detail, how readily she absorbs the matter and materials for a busy family law practice, her dedication to serving the needs of our clients, and her ability to don many different hats including administrative duties. Her personality and hard work have made her popular with clients who often share with me their appreciation for the help she provides them. She has excelled in learning the vast array of skills that a highly trained paralegal must have at command to be a valuable tool in an active family law practice. Over the last three decades it has been my great fortune to work with a number of paralegals, but Nicole stands out as the best. She earned it, and she has earned your vote for the 2017 Paralegal of the Year.” Greg Abel

During the past few years, Nicole has consistently become more involved with the local legal community and is interested and involved in the advancement of the paralegal profession. In addition to her many responsibilities as an Officer on CCPA’s Board, she has maintained an active role at Cuesta College including to serve as an invited member of the Advisory Committee for its Paralegal Studies Program since 2014. She enjoys working with the instructors and administrators to analyze and develop the curriculum and goals for the Paralegal Program, as well as to encourage its students to become members of the CCPA and apply for available scholarship funds. In 2016, Nicole presented two CCPA student scholarships of $500.00 each to Paralegal Program students. Nicole also volunteers at Cuesta College by assisting at job fairs. Additionally, in 2017, Nicole enjoyed volunteering as a scorer at the Mock Trial competition for the first time and plans to continue this opportunity to assist the next generation of legal professionals.

Nicole also volunteers her time to the community by gleaning produce for the local Food Bank and removing trash from the beaches. She likes to draw, is learning to paint, and enjoys dabbling in genealogical research. Nicole has a love for nature and enjoys hiking the beautiful Central Coast.

Nicole has proven herself to be a hard-working paralegal, leader, mentor and advocate and is dedicated to continuing her efforts on behalf of the paralegal profession. For all of these reasons, Nicole is the perfect candidate to receive the Paralegal of the Year award.